Breaking out of the Liberal Echo Chamber

A discussion with Yaron Brook and John Fund hosted by the Hayek Institute.

Free-market fundamentalists tend to reject state intervention on principle. Whether it’s discussions of health care, the welfare state, climate change, big tech, or inequality their answer is always a simplistic: “Get the government out and let the market work.” The result? They’ve made themselves culturally irrelevant, alienated potential allies, and helped entrench a political stalemate. And, what is their attitude to national defense? Confusing, mostly.

As more and more people reject this “just say no” approach to government, the ground is ceded to the left, which is seen as the voice of reason and the only camp providing plausible answers to the challenges people want addressed.

Enough is enough. The free-market radicals need to be called out, which is precisely what journalist John Fund OF NATIONAL REVIEW magazine will do to Ayn Rand Institute Chairman Yaron Brook at „Breaking out of the Liberal Echo Chamber“ 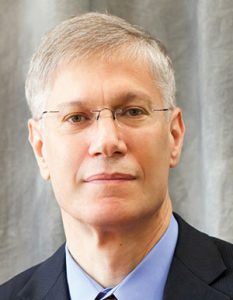 Yaron Brook is chairman of the board of the Ayn Rand Institute. He wears many hats at the institute and travels extensively as ARI’s spokesman.

Brook can be heard on The Yaron Brook Show, which airs live on YouTube and Spreaker. He is also a frequent guest on national radio and television programs.

In addition to podcasting and speaking globally, Dr. Brook authors works that inspire critical thinking. His most recent book, “In Pursuit of Wealth: The Moral Case for Finance,” makes the case that few industries are more vital to our prosperity – and more maligned – than the financial industry. Brook and coauthor Don Watkins explain why finance has faced so much criticism, and why, despite the conventional image of financiers as “greedy” and reckless, finance is a moral industry. Brook and Watkins also authored national best seller “Free Market Revolution: How Ayn Rand’s Ideas Can End Big Government” and “Equal Is Unfair: America’s Misguided Fight Against Income Inequality.”

John Fund is National Affairs Columnist for and an on-air analyst on the Fox News Channel. He previously served as a columnist and editorial board member for The Wall Street Journal. He is the author of several books, including Stealing Elections: How Voter Fraud Threatens Our Democracy (Encounter Books, 2012) and The Dangers of Regulation Through Litigation (ATRA Press, 2008). He worked as a research analyst for the California Legislature in Sacramento before beginning his journalism career as a reporter for the syndicated columnists Rowland Evans and Robert Novak.